A Sleek Shower with Amazing Features

When you first see the Triton Collection II 9.5 kW Electric Shower – Gun Metal Effect, you could mistake it for a metal safe mounted on a bathroom wall. That’s what it looks like from afar. Up close, this single rotating control in the middle of the electric shower is your access to hot and cold showers.

Gun Metal Effect at its Best 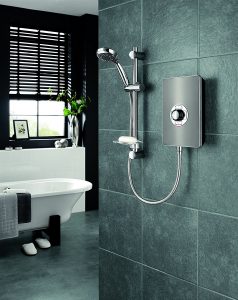 The slim design of the Triton Collection II 9.5 kW Electric Shower is one of the things that make this electric shower great for small shower areas and small apartments. It does not take up much space but it can still effectively deliver hot or cold water in an instant.

The silver gun metal color is great for anyone who is tired of the usual white colored electric showers. Underneath the gun metal finish is a powerhouse chamber that heats your water at your command.

To control this electric shower, you will need to turn the dial on the rotary mechanism found in the middle of its body. At the bottom of the dial is the off and on switch which lets you open and close the electric shower with just one touch. Use the other buttons found on the sides of the rotary mechanism to change the water output from light to heavy. The soft touch control is simple to use and illuminates with a backlight to tell you which setting is being used.

Don’t forget to check out our top 5 electric showers list.

The shower head can be set for five different shower settings, each with its special characteristics. The 5 shower setting gives you flexibility to set how strong or how soft you want the water to flow. 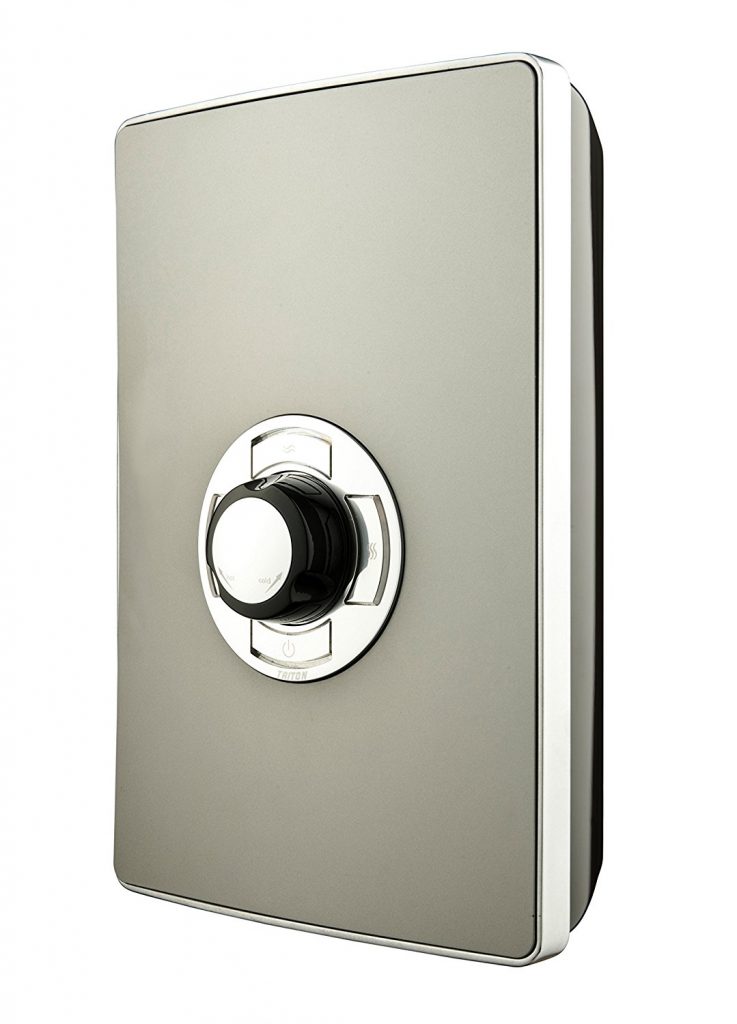 This site uses Akismet to reduce spam. Learn how your comment data is processed.

Replacing showers can be such a great hassle when we think about all the... more»

On your quest of finding an ideal electric shower, you’ve probably come... more»

A Sleek Shower with Amazing Features When you first see the Triton Collection... more»

No nonsense is the first thing that comes to mind when you see the Triton... more»

What does kW mean?

The Right Fuse for Your Electrical Shower

An electrical fuse is a safety device that cuts-off the flow of electrical... more»

An electric shower gives us the convenience of showering with constant warm... more»
This website uses cookies to improve your experience. We'll assume you're ok with this, but you can opt-out if you wish.Accept Read More
Privacy & Cookies Policy
Necessary Always Enabled